Kassel, one of the most central cities in Germany, is an attractive location for science, art and culture. It has a thriving economy based on industry, services and innovative technology companies. The city of Kassel offers a varied landscape as it has beautiful parks and palaces but also cutting-edge high-tech buildings. This German city, situated on the Fulda River in northern Hesse region, is a convenient transport hub for Berlin and Munich, the Rhine region, Hamburg and the Ruhr region. Kassel has about 200,000 inhabitants and it is characterized by a long cultural history, although, after a period of high industrialization and urban expansion, during the Second World War the centre was almost totally destroyed.

The city has entered a dynamic phase in which the university is actively involved. Kassel offers sightseers some beautiful places of interest, such as the stunning park around the castle of Wilhelmshöhe and the Habichtswald nature reserve, as well as many other green and leisure areas. Moreover, it is a city of considerable cultural heritage. Indeed, besides its museums, theatre and opera house, Kassel is very famous for its ‘Documenta exhibition’. This exhibition of modern and contemporary art takes place every five years and it was created by the artist Arnold Bode in 1955 as a component of the Bundesgartenschau (Federal Horticultural Show) which took place in Kassel in the same year. Visitors can enjoy masterpieces by world-famous artists such as Picasso and Kandinsky. The 100-day duration of the exhibition has led to it being known as the ‘museum of 100 days’.

Kassel is also the mother city of the famous Grimm brothers, collectors of fairy tales and authors of the first dictionary of the German language. 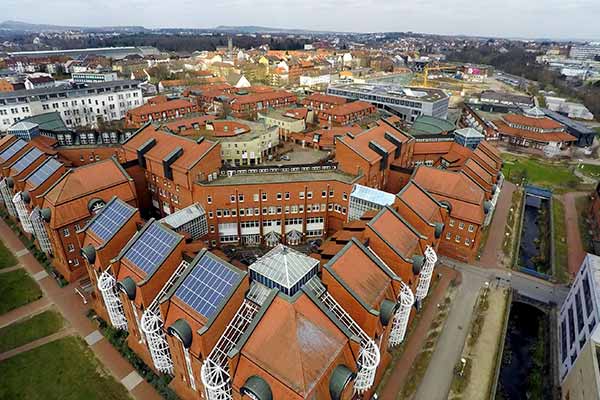