Trento is the capital of Trentino-Alto Adige/Südtirol region. The city is an educational, scientific, financial and political centre. Indeed, modern-day Trento is a cosmopolitan city with highly-developed and organized modern social services. Recently the city has reached top positions in the ranking out of 103 Italian cities for quality of life, standard of living, business and job opportunities. Trento is also one of the nation’s wealthiest and most prosperous cities, with its autonomous province being one of the richest in Italy. Such good living conditions are also confirmed by European rankings: the Urban Audit, in charge of comparing 80 European cities with a population between 80,000 and 150,000 inhabitants, confirmed that the quality of life in Trento is one of the best in Europe. Proof of this prosperity is the GDP per capita of 30,700 Euro (as opposed to the Italian average of 26,000 Euro), an unemployment rate that is half the national average (4.3% against 8.4%), and a low level of disparity in the distribution of income.

Trento, set in a beautiful natural environment, is a highly desirable place to live. It is vibrant but safe and offers a range of leisure activities, an excellent education system and an efficient health service.

As a result of its location in Northern Italy, Trentino region has always been a frontier land between different cultures, and is the perfect setting for the exchange of both goods and ideas. ‘The businesses and institutions of the region benefit from a large network of international agreements which are fully supported by the provincial government. 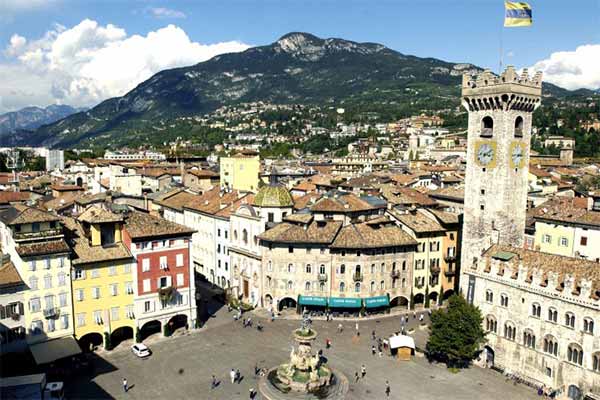